If you care about improving your quality of living, and at the same time cutting down on certain expenses you wouldn’t like to have (who does anyway?), it’s worth considering giving the bathroom a little upgrade.

Yes, as you can notice, I chose the word “little” because you don’t need to invest a great deal of money to be able to make a difference in your home. Don’t see how that’s possible? This means you haven’t given bathroom tapware much thought.

Going for a simple upgrade with traditional bath shower mixer taps is likely to transform your bathroom, and even increase your home’s value as a whole. I’m sure there are many fans of the separate pillar taps for hot and cold water who are left wondering why they should make the switch, so here are some of the reasons in favour of mixer taps.

Ease of Use and Control 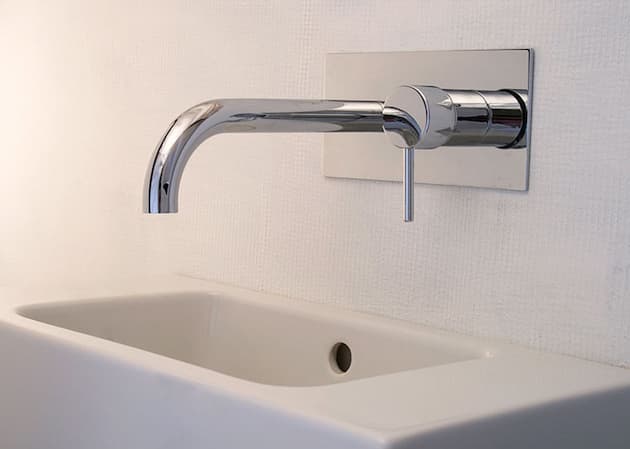 No matter whether you pick the mixer taps for the basin, bathtub or shower, the truth is you’re going to love how easy it is to use them – with a simple flick of the wrist, you turn them on and off. This is due to the single lever which blends hot and cold water into a single flow, which isn’t the case with taps with separate levers.

Besides making it easy to manage both the water pressure and heat, which is economical per se, traditional bath shower mixer single lever taps are great for saving you time. You’d be able to use them in an instant when multitasking and you have your hands full as all you have to do is operate them with the back of the hand or even the elbow.

Thanks to this, they’re ideal for children too who are well familiar with the struggle of using three-hole basin taps after adults. What’s more, the ease of use of these taps makes them great living aids for the elderly.

The same goes for people who are handicapped as they are a way to make the bathroom safer, simplifying activities of hygiene like washing hands and taking a shower or bath. If not for the mixer taps, there’s a big risk of scalding injuries with the alternative taps.

They might appear pretty simple but they’re in fact amazing when you consider their versatility of installation. Did you know there are traditional shower mixer taps that are suitable for bathtubs too?

And if you like your bathtub and still want to enjoy a quick shower every now and then, were you aware you can benefit from a floor standing shower and mixer? There are also those taps created to be fitted both on a basin and bathtub so you have plenty of options to pick from. Not to mention, as of late mixer taps are becoming popular for the kitchen too. 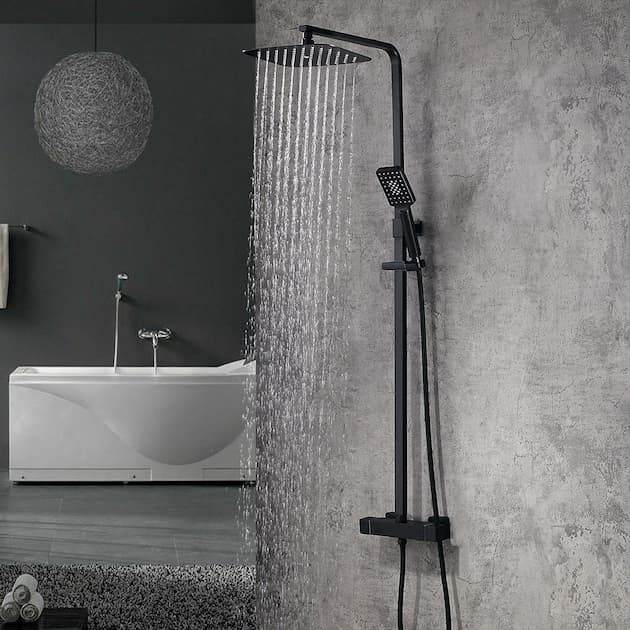 Versatility in the form of style is also another forte of the bath and shower mixer taps and you can choose depending on how modern or classic you want them to be. The modern are typical for their sharp and sleek lines and bring about a symmetrical appeal, whereas the classic are curved with arch shape and bring about a vintage vibe.

As far as colours and materials go, you can pick from a wide range of options, including timeless chrome, modern stainless steel, brass for a warm outcome, nickel, gold or pewter plating and porcelain.

This is why when you choose to upgrade the taps, you can achieve a grand-scale result, especially if you match the material and finish with that of other bathroom hardware like door handles, vanity knobs, and wall hooks. Or even down to the smallest of details like knobs on makeup and jewellery organisers if you like to keep them on the bathroom vanity, that is. 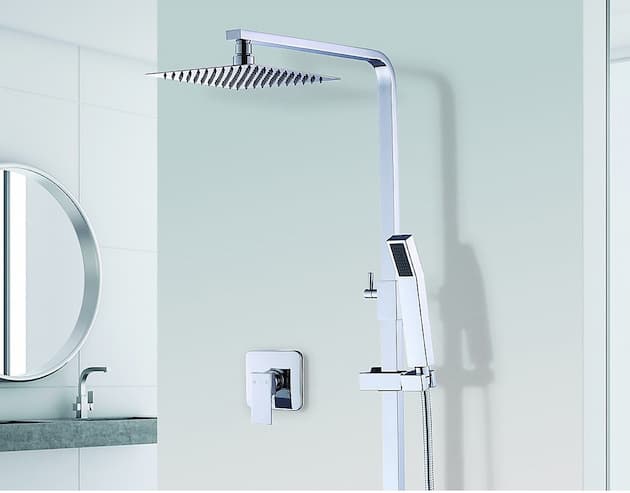 As I mentioned, it’s easy to control the water pressure and heat with the traditional bath shower mixer taps so they help you both cut down on the water waste and your carbon footprint. Besides being great on your pocket in the long run, the planet would benefit too from your simple bathroom upgrade. This is true especially if you choose WELS rated tapware as the rating indicates the water flow rate per minute.

As they’re generally fitted with a flow limiter, these taps are created to prevent taking too much water from both the cold and hot pipes at the same time. Not only will your bills be lower, but you’d also get to spend less hot water as a result too. If you care about the environment, and you want to make a change in your home that would benefit you and make a positive impact on Mother Nature, this is what you should be after.